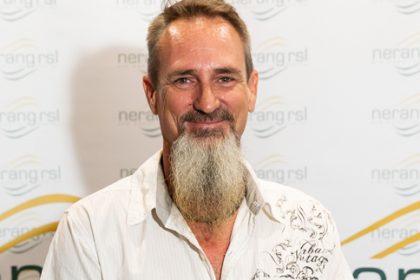 Meet Dave Baker, known affectionately around the club and his mechanic business as ‘Dirty Dave’.

As a Nerang RSL member for nearly a decade, Dave is likely a familiar face to many and shares with us what he gets up to when he’s not at the club and what keeps him coming back, in this edition of Member of the Month.

An avid fisher and regular at the #4211SportzBar, Brisbane Born Dave has lived on the Gold Coast for more than 15 years and says there isn’t anywhere quite like it.

With a love of fishing, some might be surprised to learn he has not been a fishing club member for long.

“I love my fishing. I’ll go offshore or inshore regardless of if the weather permits it or not, but I haven’t been a Nerang fishing club member for long at all, surprisingly only a month,” he said.

“I like being a member of the fishing club because of the people, they have a great attitude and a common goal. I’ve been part of other clubs before but the Nerang Fishing Club isn’t all about the competition, it is just about having fun.”

When asked why other members should get involved he said, “for the love of fishing, of course.”

While he didn’t share all his fishing tips, he did have this piece of advice to offer to newbie fishers: “I can’t give away all of my fishing secrets, but I will say try using a Keeper Hook, you’d be surprised how much I’ve caught with just a Keeper Hook.”

His other passion is cars. Nicknamed Dirty Dave, from his long career as a mechanic, Dave owns and runs Queensland Roadworthy Services in Southport. The business offers all mechanical repairs, log books and, Dave says, “will work on anything with an engine.”

After a hard day at work, you can catch Dave on Wednesday and Thursday evenings at the #4211SportzBar enjoying the raffes.

“The SportzBar has a great atmosphere and the people are great, both the staff and patrons,” he says.

“My favourite meal is the Sunday Spit Roast and my go to drink is the GNO (Great Northern Original). No one calls it that but I’m hoping it’ll catch on and I’ll know I started the trend,” he quips.

His recommended meal for new members? All of it. “Start at the top and work your way down. It’s all great,” he says.

Dave says he was excited to be chosen as Member of the Month as he had never had an opportunity like it before.

So what makes Nerang RSL so special? Having been a member for nearly a decade, Dave says it all comes down to the people and the atmosphere.

“Besides the people, the RSL has recently been revamped, so along with its great location, it looks fantastic too. You just feel comfortable everywhere you go and there’s a place for everyone.” 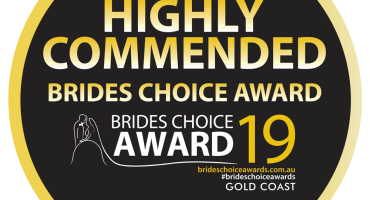