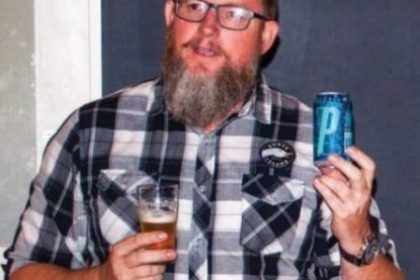 Beer guru and Nerang RSL member, Darryl Sweeney, has played a huge role in making sure our club can continue to pour some of the finest craft ales in the country, so we can’t think of a better reason for him to be named Member of the Month for December!

A former brewer himself, Darryl is Queensland and New South Wales Regional Sales Manager for the popular craft brewery, Pirate Life Brewing. Those with a keen eye for the 0beer would have noticed the Nerang RSL sets aside a fair bit of tap and fridge space for this delicious drop!

Darryl brings a wealth of experience in all things ales as a former Carlton & United Breweries ‘Beer Ambassador’, helping to ensure that Nerang RSL not only offers quality beer but equally as importantly, our staff knows how to serve it.

“I used to be a brewer at a New Zealand craft brewery and have worked in various beer-related jobs all my life – I actually don’t think I could handle a real job, come to think of it,” he said.

“At Nerang RSL, I love doing all the beer nerd stuff – from training their staff on how to serve, store and talk about beer, to hosting beer appreciation and education evenings for the club’s members.

“I’ve been to a lot of RSLs and other clubs over the years and Nerang RSL is really breaking the mold in terms of serving top-notch craft beer at great prices.

“Most clubs usually stick to the traditional, mainstream commercial beers – and while Nerang offers these as well, the Club takes a few risks and provides a much wider selection, getting behind hop-forward beers and big stouts like those brewed by Pirate Life Brewing.”

Darryl has seen his fair share of pubs in his time and reckons the Nerang RSL is up there with some of the best in the country.

Darryl grew up in the Nerang area and his family are part of the fabric of the Nerang RSL community – with his wife, Nadia, and daughter, Paige, both working in the Club’s restaurant and café.

“What I love about the Nerang RSL is it’s just a great community club, and my family and I are proud and happy to be a part of it,” he said.

“There’s nothing pretentious about the Club at all, which in this day and age is something to be admired – it’s all about great people, great food, great entertainment, and of course great beer.

“I’ve always had a close relationship with Andrew McInnes, and regularly enjoy having a beer or two with him and many of Nerang RSL’s colourful and friendly members.

“I must say, you also can’t go past that massive five-metre screen for watching sport while having a beer or two in the #4211SportzBar!”