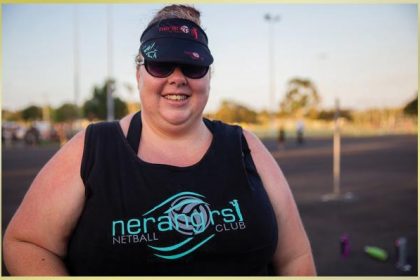 Making the move to the Gold Coast from NSW in 2016, one of the first things Melinda Brown wanted to do was find a local netball club for her daughter. It was the warm welcome and community feel expressed by the Nerang RSL Netball Club that left Melinda feeling part of a new ‘netball family’ and wanting to sign up instantly!

Three years on, not only has the club become their local netball home but Melinda has been appointed as Secretary of the Nerang RSL Netball Club, and we’re honoured to feature her as our member of the month for June 2019.

Melinda has grown up surrounded by all-things netball. She’s played, coached and umpired the sport for over 25 years and is ecstatic to have found a club like Nerang RSL which provides opportunities for the local community to get involved in sport teams. Melinda said she’s humbled that herself and daughter, also a lover of netball, are able to be part of a netball club which operates on the pillars of the community, family and fun.

“Nerang RSL Netball Club was very welcoming when my daughter and I first stepped through the doors three years ago. New to the area at the time, it was a nice feeling to walk into a club and immediately feel a sense of warmth, support and excitement of all-things netball.” said Melinda.

“It’s all about getting social at Nerang RSL Netball Club. If we get a win, it’s a bonus but we’re more focused on making sure our teams get on the court and have some fun, and, we’re always looking for ways to get families involved as a whole. After training on a Wednesday, the Netball Club puts on a free sausage sizzle which is a great opportunity for all to enjoy, and players and their families will often stay after their games to watch other games and support players.”

It wasn’t long until Melinda put her hand up to get involved in volunteer coaching, and now she’s topping that off as Secretary of the club. in addition to her time on the court, she’s now responsible for reporting to the Sports Council of the RSL, liaising with netball associations, assisting in grading and coordination of teams and assisting with executive needs.

In her new role as Secretary, Melinda said she is looking forward to helping Nerang RSL Netball Club, which has over 100 players and nine junior teams and seven senior teams, grow and strengthen its position within the local community.

“I’m really looking forward to helping grow the Nerang RSL Netball Club, prepare the next generation of coaches and help the club to secure funding for upgrades to training facilities. We are still a small club and rely heavily on donations, so it
would be fantastic to get more players and volunteer coaches on board next season and ultimately expand the club and see it become self-sufficient.

“We’re climbing the ranks to become a competitive club and we’re moving in the right direction. Last year, two teams entered the grand final as part of the Southport Carrara Netball Association’s Winter Competition and one of the teams walked away with a fantastic win! Nerang RSL Netball Club has also secured representative funding for four of our girls to play with the Southport Carrara Netball Association
in the upcoming Queensland State Age Championships which is a great achievement for the girls and Nerang RSL Netball Club is very proud.”

And for those looking to get involved in the local community, Melinda said Nerang RSL is a perfect place to do just that. “Nerang RSL is a great community to be part of and the Netball Club will often hold raffles at the club and encourage the community to visit the RSL to get involved in the raffles, to have a bite to eat and simply get to know others within the community”, said Melinda.

“The Netball Club is always welcoming new players, coaches and volunteers and whichever the role, its simply a great opportunity to have some fun and make new friends along the way.”